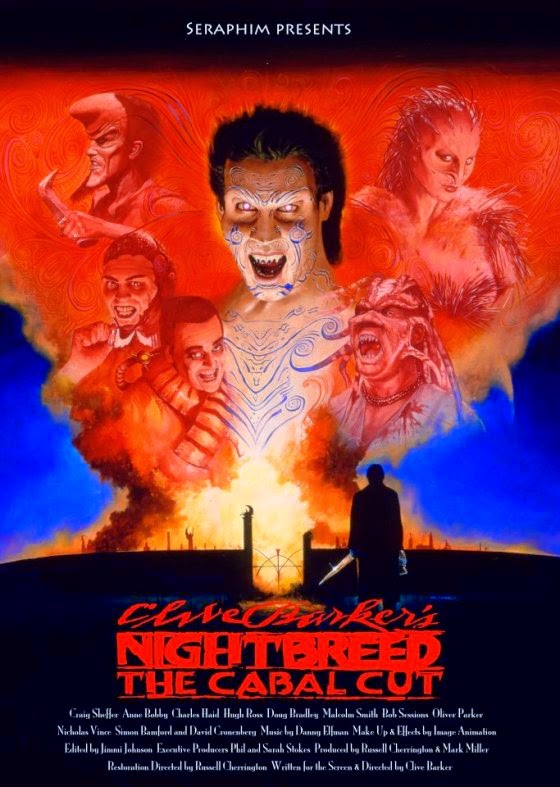 I grew up with make believe. I can relate most of my earliest memories to comic books, movies, gateways to fantasy and imagination. My father, a Peter Pan at heart is responsible for this. His childish enthusiasm for the unreal formed and shaped my mental workspace and to some extent, my perception. As I got older, the more I delved into the fantastic the more I began to learn. This, I believe, has had a significant effect on my moral standing and personality traits. I have no doubt that my hopeless optimism comes from Superman's impenetrable (if not unrealistic) faith in human kind despite their inhumanity to themselves, my racial and feminist empathies can be put into perspective by the films of George Romero and James Cameron and perhaps, because of this, is why I've been so attracted to the horror genre.

A lot of horror films trivialize death into dark fantasies making spectacles of violence, while other horror films are the melding of otherworldly forces unknown to our understanding and how they can be just as dark as some fairy tales can be light. They can also be interpreted as morality tales, scaring its audience with the evils of the world, never glorifying but exploiting them as grim and truly immoral. Horror and escapism can be used as a tool in melding humanism and social awareness for entertainment. And I would eventually stumble upon a movie that I felt would meld all that I love about fairy tale fantasy and social morality. When I was 13, I found Nightbreed.

The movie, about an outsider who joins a club of outsiders (monsters) who are ostracized and oppressed by patriarchy combined the comic book sensibilities of something like the X-Men, full of subtexts that can be correlated to civil rights, sexual orientation and any other social discrimination, the heart of a story like Frankenstein, who wasn't born evil, but misunderstood, the visual 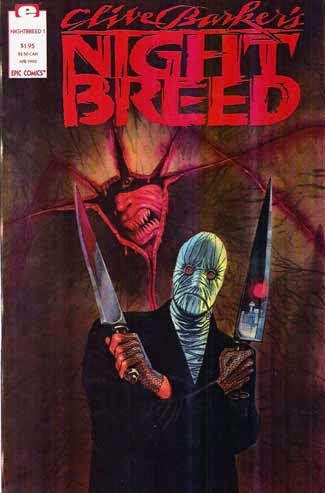 iconicism of a slasher movie, action, fantasy and even romance. I thought it was bad ass! I'd eventually read in horror movie publications such as Fangoria and Toxic that Nightbreed was meant to be a franchise, a series of films expanding the mythology of the characters and that the film itself was intended to be much different than what we actually received. The film's story was re-purposed by the distributor which conflicted with the filmmaker's vision. Though, I loved what already was, I was now influenced by the knowledge that there was more and I could realize that something was missing with each subsequent viewing.

So I read the original novel it was based upon, “Cabal” and any issues of the comic book I could find and always wondered and theorized what Nightbreed could've been. And some things that should not have been forgotten were lost. History became legend. Legend became myth. And for two and a half thousand years, the movie passed out of all knowledge... Well, no, but, some years went by and shortly after sharing the movie with my then girlfriend in 2008/2009 I had read online that a 160 minute workprint had been unearthed and was going to be screened at a horror con in Indianapolis. I had to go! I was waiting for this moment for 10 years! And we went!

Before the screening there was a Q&A with writer and director Clive Barker. He mentioned that all he needed to find was some reels of film and they could begin restoring it for a Director's Cut. Now, when I watched this version my viewing experience could have been enhanced by not only my excitement, but how I mentally pieced the film together due to its technical imperfections. The quality of the Workprint was not only in rough shape, but the score, visual/optical and sound effects as well as audio mixing and re-shoots were all absent! So my pleasure could stem from my fan bias as well as how actively engaged I was at trying to make sense of it all based on my general understanding of how a movie is made. Which only, in my mind, made it a better film because not only could I reflect and see what the finished project was meant to be, but all of the holes that were apparent in the theatrical version were finally fulfilled painting a much more refined picture. The characters felt like they had more purpose and given much more weight in the film and some of the lack of re-shoots aloud the narrative to breath.

For plenty of viewers it was an eye sore because I don't think people realized how formative a stage a workprint is for a film, but I left the screening elated. 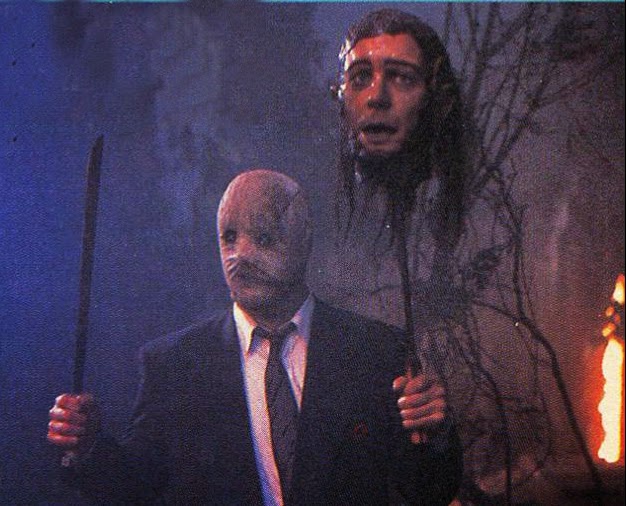 Now, when I heard that the CABAL CUT was underway it was like a dream come true. Finally someone would take both versions to make a cohesive and coherent edition of Nightbreed as it was intended. Restructuring the film in the best way possible. And when I finally saw the "Cabal Cut" either my expectations were too high, or I relied too heavily on the version I had made in my head but it was still a work in progress, and I expected it to be closer to a finished product.

The Cabal Cut jarringly cut from DVD footage to the cruddy off color muted video quality of the workprint, using some scenes that flowed and some cuts that didn't. I assumed that the footage had been found and that it would be more complete and not look so much like a glorified fan-edit, but I was wrong... Russell Cherrington, the “expert” responsible for this cut had stated before the screening that if anyone wanted to discuss the film or had any suggestions about it could talk with him afterwards. I approached him after the screening and I asked how they intended to release the film, would it include both versions, would it have deleted scenes and such and he didn't seem all that interested but he was nice enough to patronize me. He said yes to it all and I asked him about one scene that I didn't think fit and he agreed but he said he liked it anyway... I thanked him for his time and I was disappointed.

Afterwards I kept asking myself, where is Clive Barker and where's his involvement in this version? Is he supervising this cut and does he have a say? Or has he kind of removed himself from the material and faithfully relies on the hands of others? I just decided not to get my hopes up too much. Not long after that was it revealed that home video distributor Shout Factory was working on releasing an official Director's Cut.

The ultimate limited edition set was very expensive for one movie but I caved and ordered it. A few weeks before it would find its way into my eagerly waiting hands, reviews began to surface and some fans, as well as some of my friends were unimpressed with the new edit. This put a slight damper on my heart, I say slight because while I may not entirely enjoy the context of this new official reconstruction of the movie, I still have the version I've loved all these years, and I'll have a ton of special features to compliment it, so, good or bad, to experience Nightbreed yet again for the first time in a different way is enough for me. 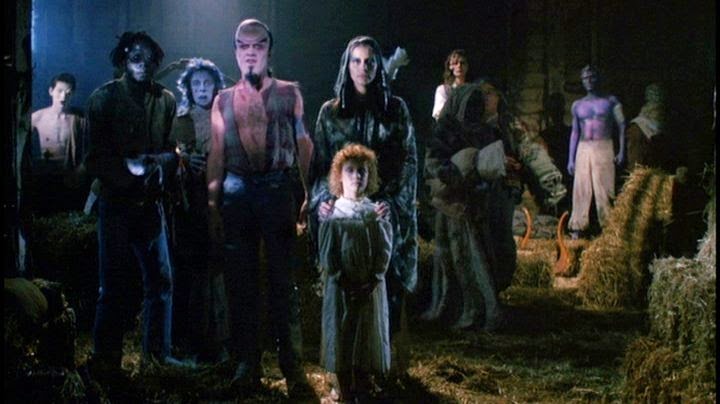 I watched all of the features first, and I was a bit confused as to why the man responsible for this ambitious epic of blood and magic wasn't present in the main retrospective making of documentary. Also, in this feature there was footage of scenes that were not present in the deleted scenes (and neither in the Director's Cut, but more on that in a moment). I can't say I'm entirely underwhelmed, but I'm curious to know what shorthanded these features. And then, I took a deep breath to finally embark on the Director's Cut.

I started this new cut and I couldn't calm myself. I kept comparing it to what I had seen before instead of just taking it in. My mind was racing and I began deconstructing it immediately, repeating the criticisms of my colleagues. After about 30 minutes in, I stopped it and took a break. Found a distraction (the guitar) and eased my mind for a bit. Then, I started it over.

I don't think the Director's Cut is perfect, but that doesn't mean I think it's bad by any means! In this new version, I found the first act to be a bit uneven for Clive is trying to bring in more character development in an already quickly moving story, interspersing scenes of character relationship excised from the theatrical version between scenes of exposition. There's a musical number where the male lead visits his significant other performing on stage during a concert and while this scene is cool to see, I found it unnecessary for I feel their relationship is given enough development throughout the course of the story. The use of alternate takes heightening the performances I thought brought a solid emotional context to the film that wasn't as blatant in the theatrical release. Also, the movie tends to ponder during the second act, spending a lot of time on the antagonists, while I can see this being a problem for most viewers, I felt it made the climax all the more satisfying with the inclusion of some more action. Because of the heart that this new version tries to 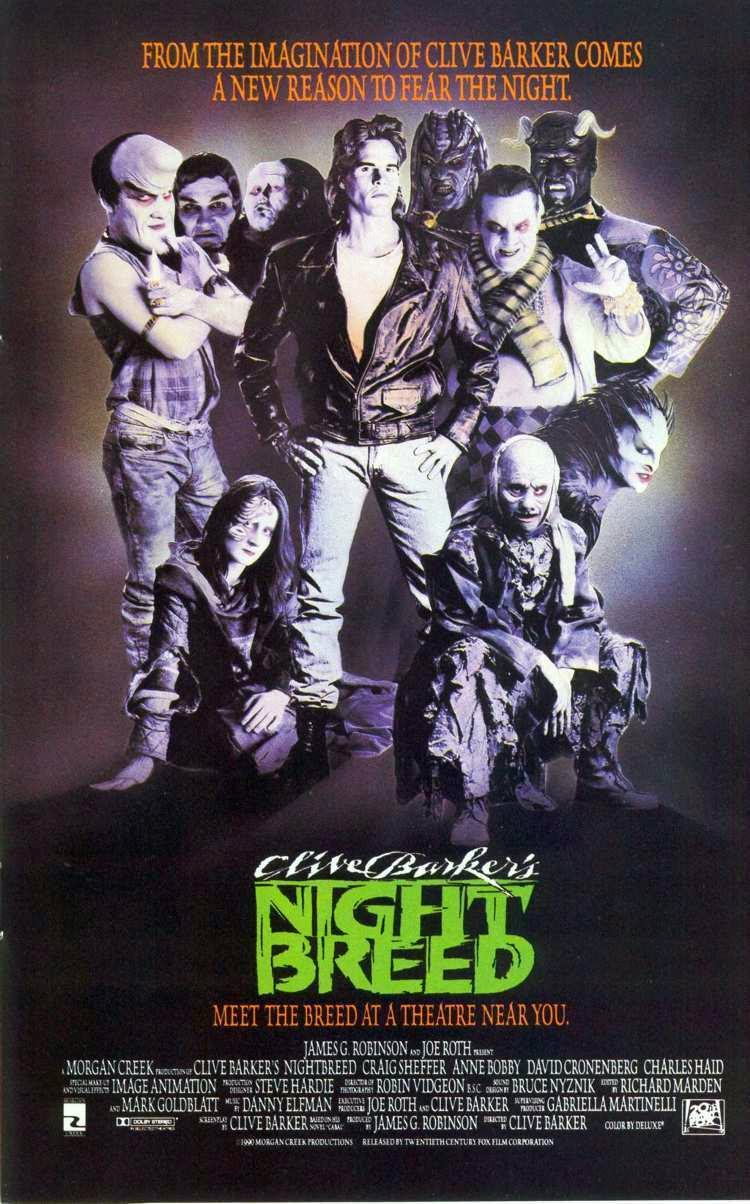 define made the new ending work beautifully. This version is also more faithful to the novel and brings a lot more clarity to some of the ideas that originally felt rushed. I've waited forever for a Director's Cut and honestly, I am pleased. I respect Mr. Barker's intended vision of his film even though I don't find it better than the theatrical version nor do I think it is a completely different movie as it is being advertised by its developers. I like them both for different reasons; if I want a dark romantic fantasy, I have the Director's Cut, if I want an action film, I have the theatrical cut.

I can totally understand why viewers would be underwhelmed with this new version. The new footage was spoken of in legendary proportions which only lead the fans to enthusiastically speculate that this film would be nothing less than a life changing experience. After 25 years of waiting to see what could have been, we simply get a monster movie rich in myth given a bit more heart.

So now, a journey of mine has come to a close. I've devoted so much of my life to loving and studying this movie and all of my wonders and questions have finally been answered. I shall always hold this movie in my heart and in my mind as well as on my shelf.

Considering the materials that were given, I love the clarity in picture this Blu-Ray has to offer. But there's still plenty of footage that was featured in the workprint that is not present in this set, some of which I'd like to see again: In the workprint (as well in the novel) the mask in Decker's mind would talk to him, beckoning him to come out. Interesting to note that the workprint originally opened with the scene where Lori visits Boone at his job in the car garage (another scene I found to be unnecessary in the DC). The family Decker murders was not present nor were the two characters of the chubby guy with the tentacles that come out of his stomach and his black bull looking friend. Also, Hugh Quarshie survives and aids the Nightbreed in escaping.

Episode 10 - Night of the Demon 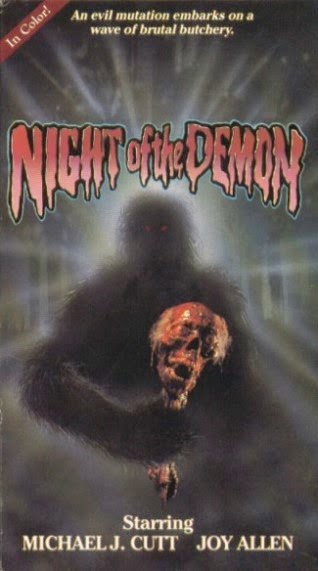