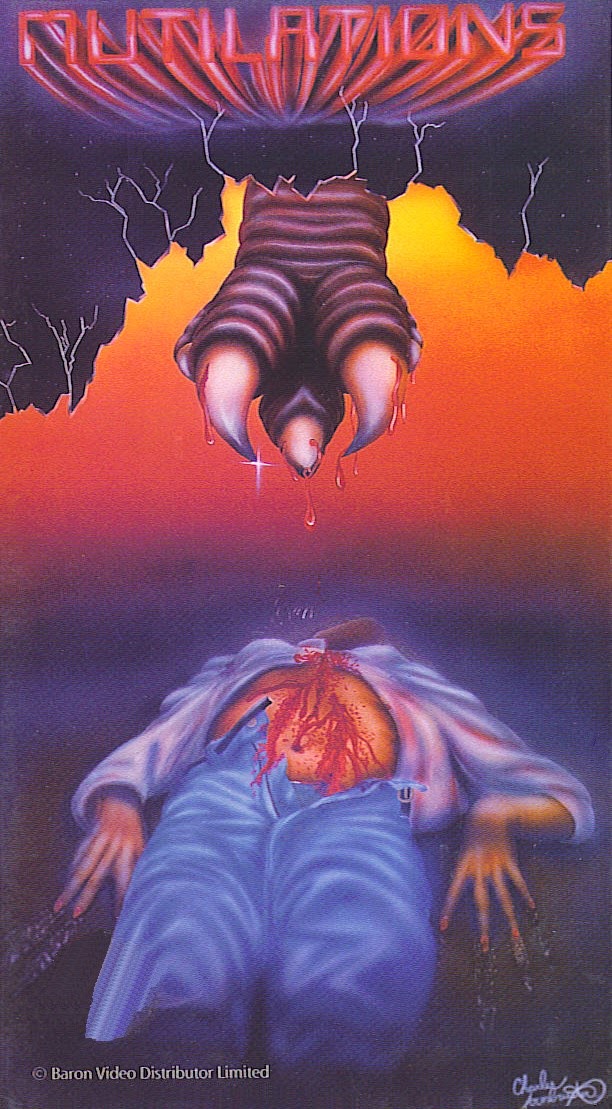 There are really only a few routes an alien invasion film can go. You can have the mass-destruction styling of Roland Emmerich, or maybe the film is an allegory for some part of our society like Invasion of the Body Snatchers. There's also just the good old fashioned "aliens are here to fuck shit up" approach.

Prior to the CG-laden adventures of a cigar smoking Will Smith in Independence Day, most films dabbling in alien invasion were left to the devices of practical and traditional special effects. Unless you're Ray Harryhausen it's probably pretty hard to show alien spaceships attacking metropolitan areas. Case in point: Plan 9 from Outer Space.

Mutilations takes the approach of most pre-CG alien invasion films, and isolates the action to a central location and group of characters. The benefit here is it would be silly to tackle such a broad story with what is obviously a small budget. With that we're given a pretty run-of-the-mill stalk and slash alien movie, and that's by no means a detraction.

Mutilations tells the story of a group of science students who hear tale of group of townsfolk who have noticed strange lights occurring in, and around the town. On top of that, apparently the cattle and other animals have been found stripped of skin, and partially consumed. Of course being the brazen young group that they are, they venture into the mountains to find out what has been causing all the... Mutilations. 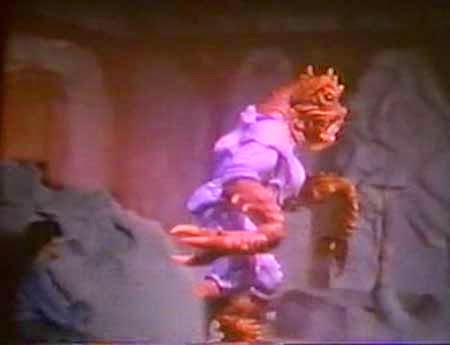 At its 65 minute run time, Mutilations is a breeze in unabashedly fun stupidity. The minimal amount of character development here is all just fodder for the impending alien attacks. I guess the first question your asking is, "Hey, Chris. Does that scene on the cover happen in the movie?" Yes, yes it does. And it is glorious. Being someone who grew up with 50's Sci-Fi I always love when a film is not afraid to take some bold risks in the effects department. It was very pleasing to see a nice combination of stop-motion animation, and practical effects in regards to the antagonistic aliens in the film. Although I'm never really sure of the size of the creatures in the film, they are a fun sight and cause some great fatalities.

From a technical standpoint however, Mutilations falls into the "So bad, it's good" territory. From one-liners that would make Bruce Campbell balk to actors (a loose term here) inserting far too many "dramatic" pauses between words, the direction of Larry Thomas is that of someone that just wanted to tell a fun story.

Outside of the acting and dialogue, there really aren't too many negative aspects to Mutilations. From a time period of filmmaking where limitations were pushed to the extremes, this is a film that encapsulates what I really love about 80's movies. Silly story, quick-paced and absurdly violent.

Mutilations is a pretty hard tape to track down. It's available from Baron Video, and, if you can find one at a decent price, is totally recommended.