'Crossed: Dead or Alive' is the future of creative control. 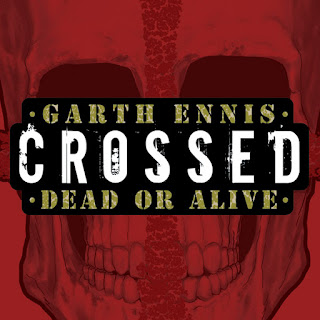 Outside of the weekly updates on the live show, it's rare that we cover our love of comics on The Trash Pile. Both Jason and I have been reading and collecting comics for upwards of 20 years, and our love of horror translates to comics as well. One of the premier destinations for modern horror comics is Avatar Press. Avatar was started in 1996 by William Christensen and has released everything from Tim Vigil and David Quinn's 'Faust' to the expanding universe of Garth Ennis's 'Crossed'.

I was exposed to 'Crossed' at the very beginning thanks partially due to the extremely graphic covers and amazingly detailed illustrations by Jacen Burrows. Even with the visceral gore on the pages, it is only through the words of creator and writer Garth Ennis that this fantastical story comes to life. Many have known Ennis's work through amazing books like 'Preacher', but 'Crossed' was different.

For those unfamiliar with the source material, 'Crossed' tells the story of a world turned inside-out. A disease infects millions, and unleashes their wickedest desires. From murder and rape to cannibalism and torture; the disease unleashes the beast within. 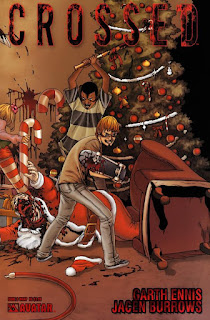 Throughout print series like 'Family Values', 'Psychopath' to 'Badlands' and the webseries 'Wish You Were Here', the story of the Crossed has gone gangbusters. With the success of 'The Walking Dead' on AMC, it was only a matter of time until someone thought that 'Crossed' would be a good property to turn live-action. It's hard to imagine any major film studio or television network (even HBO) would air such vile and deplorable material. Thankfully, Mr. Christensen decided that too was the case, and has decided to put ownership squarely in the hands of the series creator, Garth Ennis.

Starting sometime this spring, Avatar will be holding a fundraiser to finance the epic undertaking that would be whole season written and directed by Ennis. This won't be Ennis's first foray into filmmaking, as he had created a film prequel to one of his other Avatar series, 'Stitched'. While I haven't been able to track down a physical copy yet, I am very interested in seeing how Ennis transitions from page to screen.

With the monumental task that is a whole web series, there will also be a coinciding comic that will take the story further. This is absolutely unprecedented as far as I'm concerned as I have not seen nor heard of a title that transitions between live-action series and comic book. The idea is so fantastic that I'm surprised that one of the heavy hitters like DC or Marvel hadn't thought of it first. 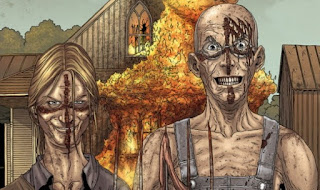 Avatar Press is the premiere stop for mature comics, and with the massive goal that they have set forth to allow for a cross media title is just amazing. With the increased interest in horror titles since 'The Walking Dead' hit it big, I'm sure that 'Crossed' will have a faithful fan base. Make no mistake though, this will push all boundaries of taste, decency and morals. You have been warned.

Crossed: Dead or Alive
Posted by Chris at 6:06 PM

This sounds incredible - I'd never in a million years trust a traditionally produced TV series or movie to do these comics justice, so I'm glad they're taking this route. The fact that Ennis has been given creative control is almost too good to be true. Crossed is one of the few series that manages to continually disgust me, and for that I'm thankful. Really looking forward to seeing how this turns out. Thanks for drawing my attention to it!