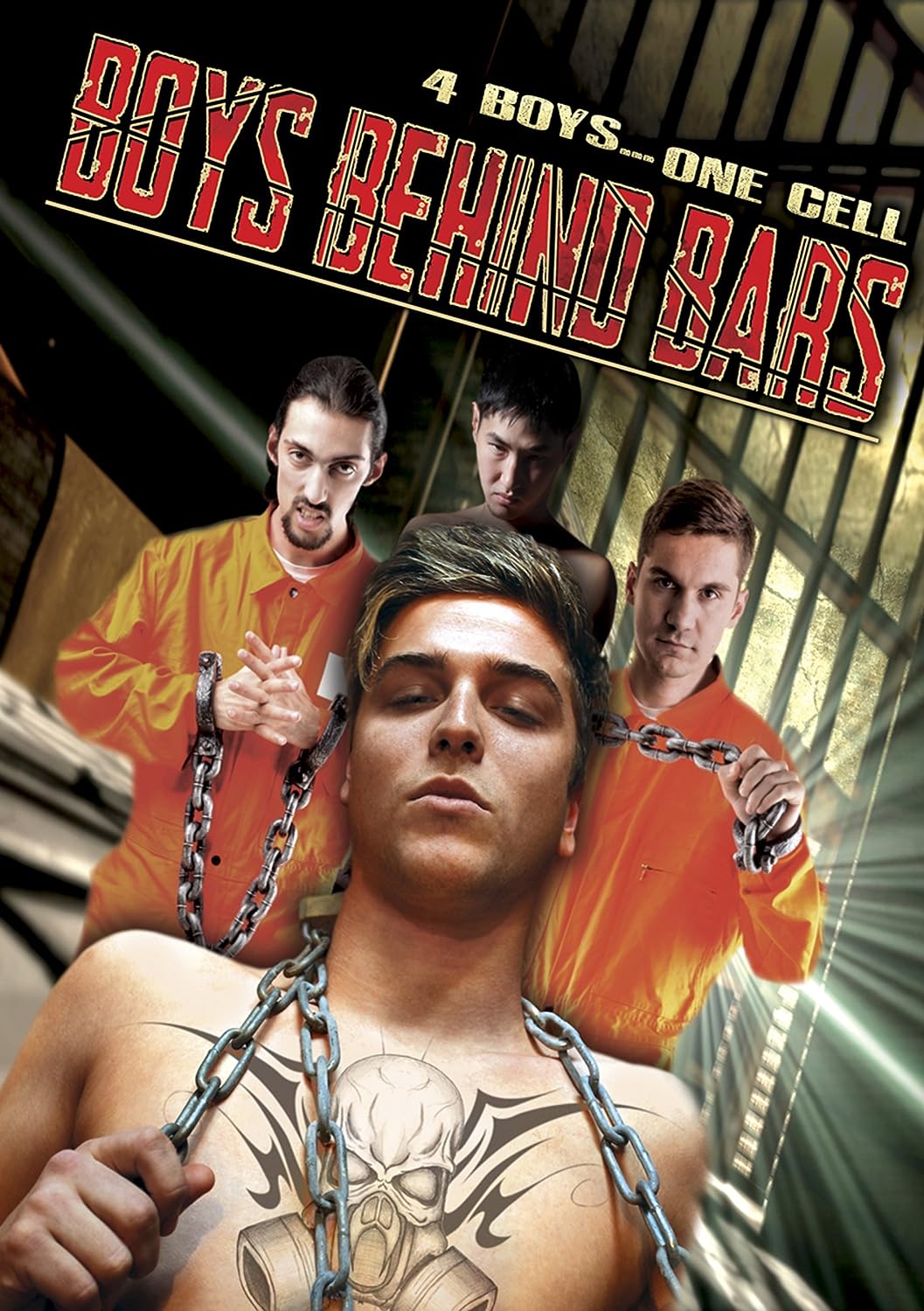 It's been awhile since I've posted, and to be honest, it's something that has been on my mind. Whether I find a film good or not is irrelevant at the end of the day. As a reviewer I share my biased opinion, and you as the reader choose to accept or deny my statements. Perhaps you've read other reviews of mine, and enjoyed what I've had to say. If so, I thank you. I also appreciate when independent artists submit their material for me to watch.

As is the case with Boys Behind Bars, a shoe-budget pseudo-exploitation film from the U.K. I have a good amount of respect for anyone who can successfully complete, edit and distribute their film. I tried the "complete the film" part and that failed miserably, so to see anyone that has made it through the process impresses me. Now if I enjoy the film is another story.

Boys Behind Bars takes place in the cell of inmate Darrell in an undisclosed jail. We're introduced to Darrell as he's taking a shit into a plastic container, from which he claims a condom containing cocaine. As the scumbag is emptied an alarm sounds in which Darrell finds himself tucking his shit box under his cot. Another inmate by the name of Seth is thrown into Darrell's cell as apparently a riot, or something, has happened on a higher floor. The two come from completely different backgrounds, as Seth yearns to run out his jail time and Darrell has become accustomed to prison life. As the unseen riot progresses on the floors above, another inmate, Lanks, is thrown into the mix. As the three young men converse amongst themselves the alarm sounds a third time, and the fresh fish Nico is thrown into the cell as well. From there tensions and egos come to a head.

I said pseudo-exploitation earlier, and I mean that. That's not a shot on what director Jason Impey has done with Boys Behind Bars, but the movie is far more a character study than a real exploitation film. While the concept of taking the "Women in Prison" plot and changing gender is a very welcome, but I feel that confining the film to one location hindered the strength the story could of had. While the riot may not have been anything more than the catalyst to bring these four characters together, a little more impending doom would have highlighted the tension.

The characters are the same incantations we've seen before in your classic "Women in Prison" films like Vendetta or Red Heat. There is the a-typical leader of the group, the muscle, the person biding their time and the fresh fish. I wasn't expecting anything different, but my issue with the film comes in only the actor of Gavin Jackson, who played Lanks. Not until the near end of the film I didn't really buy any of his performance, and wasn't until he became violent that the role lifted. Again, not bad by any means, but it seems that the actor really didn't come into his own until later in the process.

Speaking of process, it seems that Boys Behind Bars was filmed within a 6-hour period, so most of my criticism has to be taken in stride. Given the limited time frame what was accomplished, Boys Behind Bars is rather strong, but it feels as if more time should have been spent with the actors to solidify their characters. Wade Radford (who also came up with the idea behind the film) really felt like he knew how to portray Darrel, and as the focal point of the film it helped that Wade's performance was as strong as it was.

Boys Behind Bars may not be something to radically change any genres, but even a few days after watching it the film has stayed with me. What director Jason Impey finished in 6-hours, with the help of a limited cast and crew, shows that anyone can make a movie, even with limited resources.

Boys Behind Bars is on DVD via Amazon.