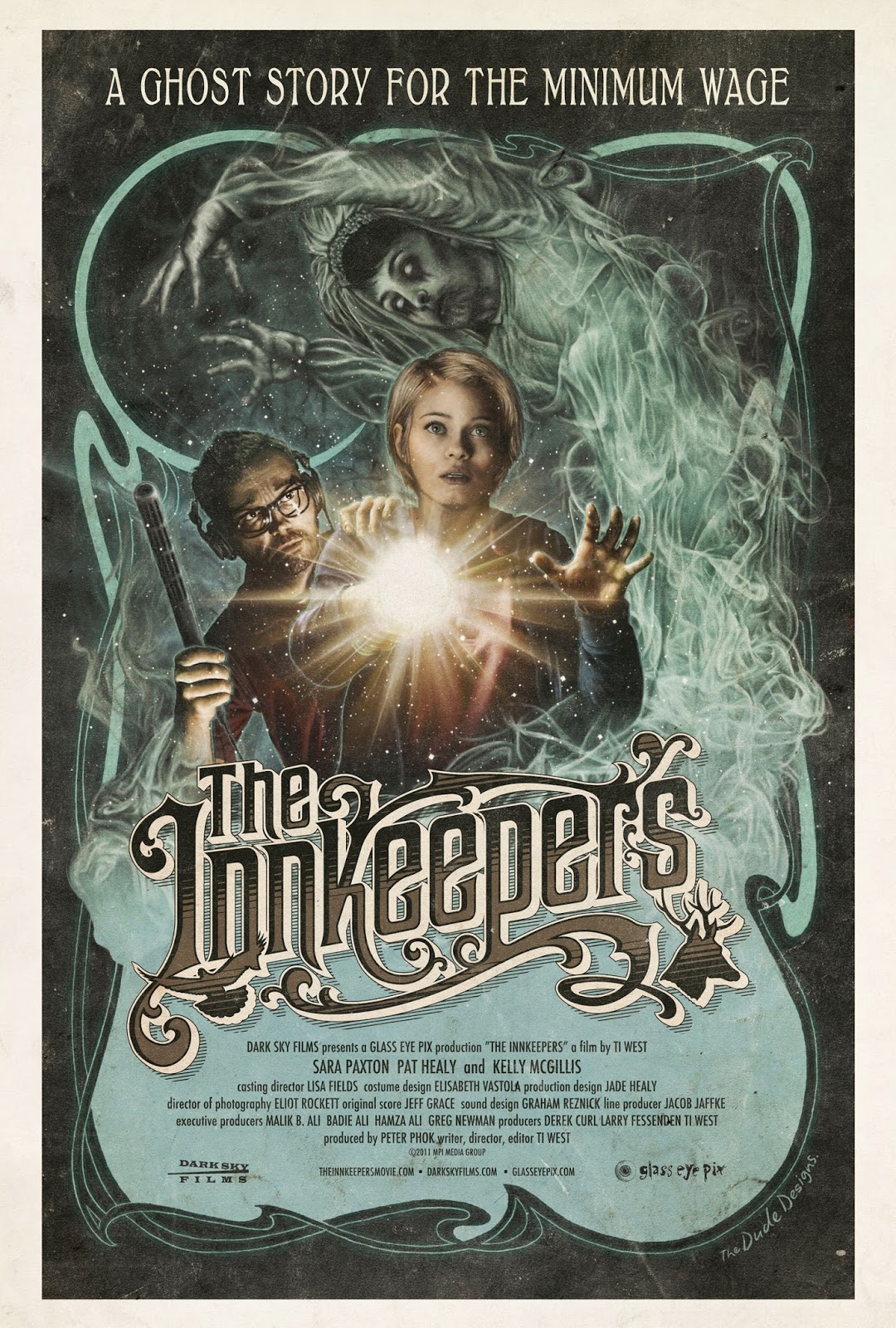 When going to the theater nowadays your options for Horror movies is limited. Most of the releases are sequels, or a variation of 'Paranormal Activity'. The sad fact is that the major studios look at Horror films as a blight on their yearly schedule. We get to the January dumping ground when the films get released, they expect them not to return a profit, and then there's October. Thankfully, there are independent studios to give us fantastic original films all year long.

Haunted house films have really gone to shit since Jan de Bont's 'The Haunting' in 1999. For the most part the film is atrocious, but it really fails in the "scares" department. The reason it fails is that the film shows too much. The best haunted house movies are the ones where some of the terrifying images are not even on screen. It's knowing that something could happen at any moment, and the atmosphere of the environment brings the scares forward. All 'The Haunting' had was a bunch of bullshit CGI ghosts, and Owen Wilson getting decapitated.

'The Innkeepers' is a film that I have been keeping an eye on for a little over a year as Ti West is becoming one of my favorite directors since I saw 'The House of the Devil' back in 2009. The term "slow-burn" has been thrown around in regards to how West handles his films, but it's not that. It's that he takes time establishing a character, and allowing for the film to unfold to the horror that is about to happen. Most Horror films tend to unleash a "scare" every 10 minutes because they believe the audience will loose their attention. Ti West seems to have a little more faith in the fans of his films.

The Yankee Peddler is coming up on it's last weekend open, and the staff is getting ready to close down the business. Claire (Sara Paxton) and Luke (Pat Healy) have been working at the inn for a few years, and have heard tale of Madeline O’Malley, a woman who killed herself in the hotel and is the supposed resident spirit. Claire is fascinated with the legend of the woman, and on this last weekend the Yankee is open, she and Luke look for proof that Madeline is cause of the haunting that has plagued the hotel for years.

Ti West's calling card is allowing the film to move at it's own clip. There will be a few moments here or there that may get you, but the movie jumps right back to being a little lighthearted to offset the scares. Then, in the third act, the film pulls a big turn towards terrifying imagery, spine-tingling audio, and bone-chilling cinematography. All of which are clutch in making a good haunted house movie. The score by Jeff Grace elevates the film immensely in terms of atmosphere, and really makes those creepy moments that much creepier.

If there were any issues I had with the film it's that there are a couple of side stories that just seemed to come out of nowhere. They could be red herrings, but there were some plot points that just disappeared. Other than that, there were very few problems I had with the film. The basic question is, 'The Innkeepers' scary?" For some people yes, it will be. The film builds atmosphere, and when it finally unleashes the scares they're for real. Others will hate how long it takes for the movie to get to those scares, and be frustrated. I'd take the ride, and see how it works out.

'The Innkeepers' is currently in limited theatrical release from Dark Sky Productions. It is also available on VOD from your cable provider, or you can rent from the Amazon link below.

This film has some of the usual scary cues and tense moments, but the setting, the old Yankee Pedlar inn, emerges as a more interesting character than any of the people. Good review. Nothing special but still fun. Check out my review when you get the chance.