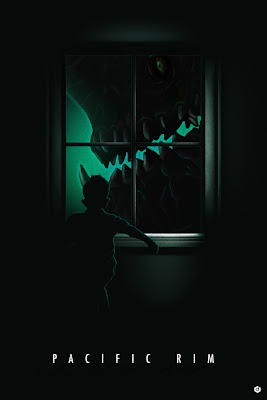 The theaters have been devoid of giant monsters since 'Cloverfield' back in 2008, and while that may not be the most shining example of a Kaiju film it still was entertaining enough to show that the public would still pay to see strange creatures. So, here we are, five years later, and there's been one giant monster movie released and one due to come out next year. Some may claim that Gareth Edward's 'Monsters' is a giant monster movie, I say it's a movie featuring giant monsters. Still a good movie, but big difference.

Kaiju and giant monster movies have been a part of the American film culture since the original 'King Kong' in 1933. The interesting note is that outside of the "Big Bug" films of the 50's through the early 60's, American film companies didn't make too many giant monster movies. I guess you can blame that on kids' attention moving towards the space race, but Asian filmmakers were able to incorporate that into their stories. I guess you could say that's how the monster movie transcended that culture shift. 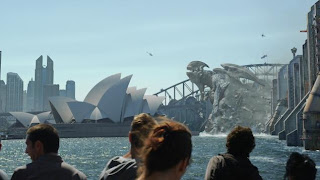 In terms of building sized monsters, we were without a major presence in the theater from the first 'King Kong' remake in 1977 to 'Godzilla 1985' in, um, 1985. After that Godzilla film failed to scare up big numbers in the States, it was another thirteen years until the horrid, yet surprisingly fun, Roland Emmerich 'Godzilla' remake in 1998. Looking at that timeline of monsters it's surprising that Legendary Films and Warner Brothers had the balls to give Del Toro the tools to make the biggest Kaiju film of all time.

The scale of 'Pacific Rim' is so grand that it couldn't have truly been captured in one film, but Del Toro did his damnedest. With the comic prequel 'Year Zero' the audience was able to see how the initial attack in San Francisco took place. From there, we dive right into the arc of the film, and without missing a beat, we fly through the runtime. It's here where the film succeeds for me:  I didn't realize that the time had passed so quickly since I was having so much fun. 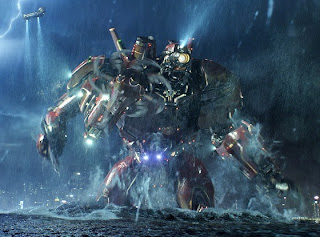 So when it became time to tally those U.S. box office numbers, it was upsetting to see such a low performance. I suppose the main reason it is upsetting is that 'Pacific Rim' is a very well crafted summer movie. It's not high art, but it's a movie that succeeds in knowing its audience, and to me that is one of the most important parts of making movies. Thankfully the foreign markets understand the value of entertainment, and the financial returns have been solid overseas.

At the end of the day, there are a few reasons why 'Pacific Rim' failed in the states, but it's not the end of the world. With strong support from fans when the film hits digital and disc this fall, the studio will see that there is an interest in a continuation from Del Toro. When a film that works so well struggles to find its audience, I've found that those who do enjoy it rally to support it. Much like 'Dredd', 'Pacific Rim' is a film that needs those who enjoyed it to stand up, and say "Hey! This movie is a lot of fun, and will provide more entertainment than ______." I left that blank to fill in any movie title, but you get my point. Now, where were my Godzilla action figures...
Posted by Chris at 6:13 PM