Why does one decide to collect something? What is it about one particular brand or look that draws us to act like Ash Ketchum with a duffel bag full of Pokeballs? I'm sure there's some asinine psychiatrist opinion about how we were raised, but I honestly think who gives a shit. Some like baseball cards, some comics. Some records and others with embossed presidential faces on a doily. Regardless this is a post about my journey to collect all the releases from Charter Entertainment. 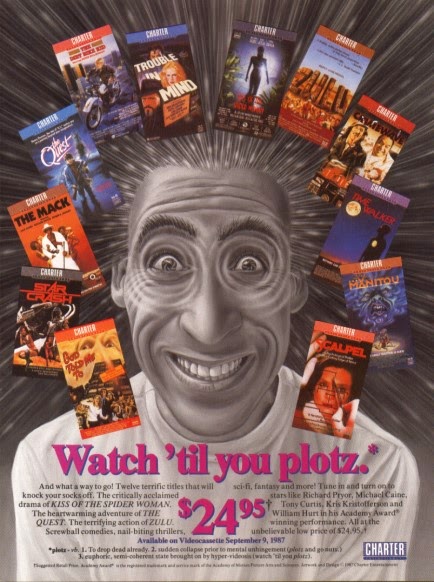 Charter was a subsidiary of Nelson Entertainment, who was later purchased by New Line Cinema.... Who was later purc
hased by Warner Brothers. My first experience with Charter was Brian Trenchard-Smith's The Quest. My father had seen the movie one random day on TV, and had found a copy for me to see when I was about 8. At the time my VHS collecting consisted primarily of Godzilla, Universal Monsters and big bug movies from the '50s, but this Australian set film captured my imagination. 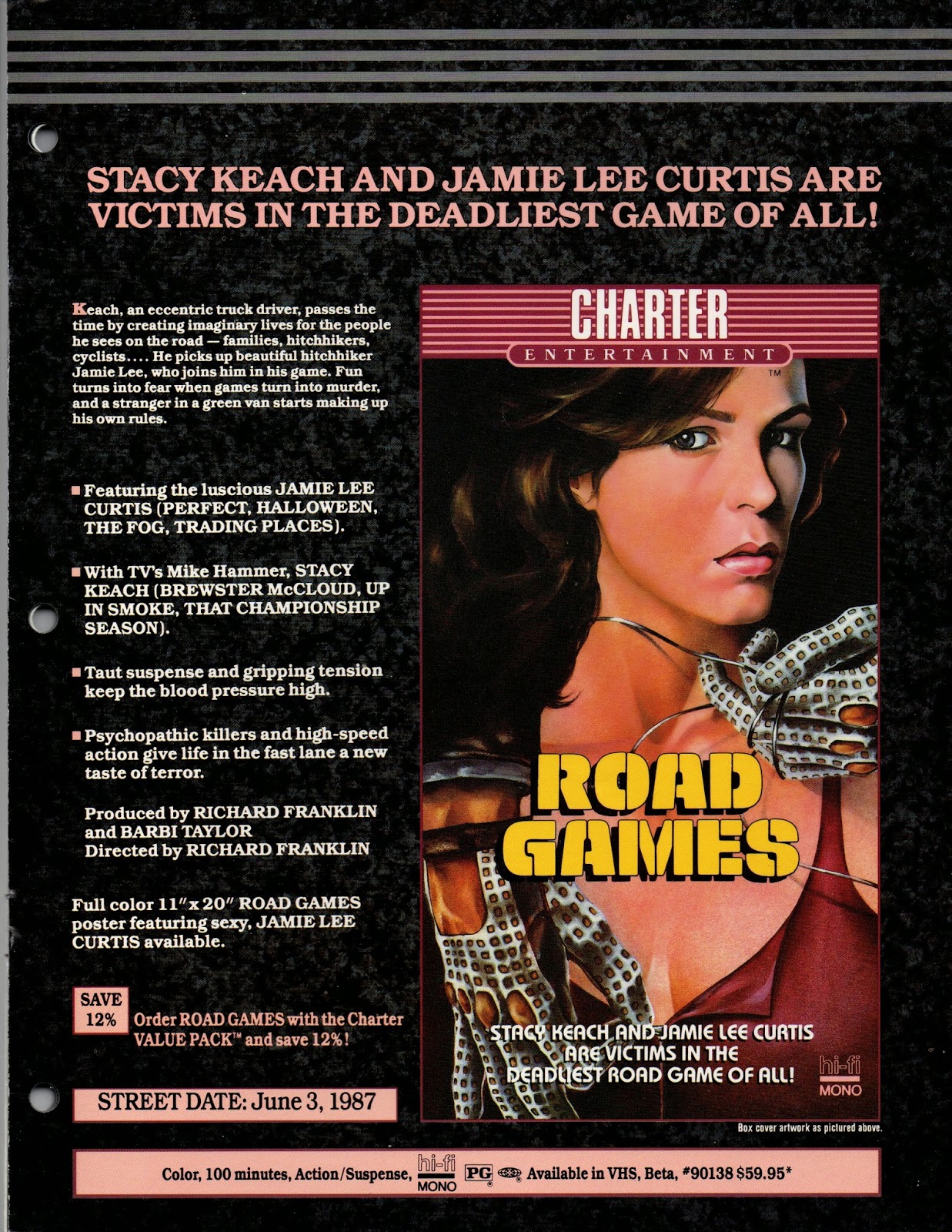 It wasn't until 2008 when I then saw my next Charter which would be the Larry Cohen oddball God Told Me To. Then I came across the John Stamos/Gene Simmons tour de force Never Too Young to Die, and my love of this company grew. After I started coming across different titles while hunting in the wild, I decided to "Get the whole set".

I had no clue how many titles Charter released. Through websites like VHSplatter, Critic Online and VHS Collector I was able to amass a large amount of the product IDs and titles. However, these sites still don't list every title. I have found a few that these sites don't list, and that has begun my quest collect, watch and review every Charter film. I don't know for sure how many titles that is, but as of now I've counted upwards 117 titles. The IDs I've collected so far go up to "90237, which is the Harvey Keitel thriller Blindside. 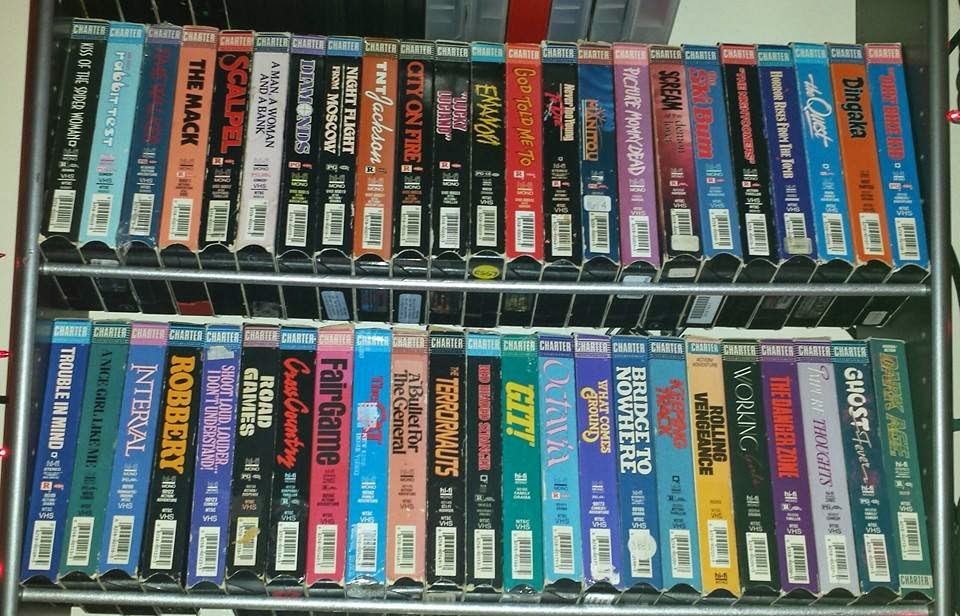 Below is the catalog I've setup so far. If you have a Charter that you're looking to pass off please let me know!